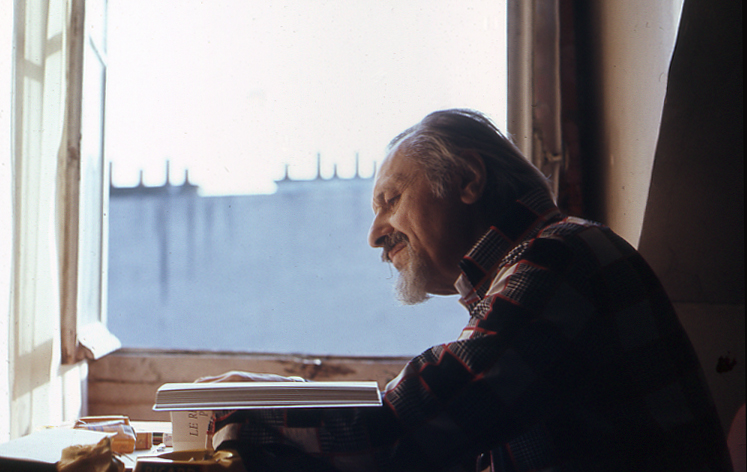 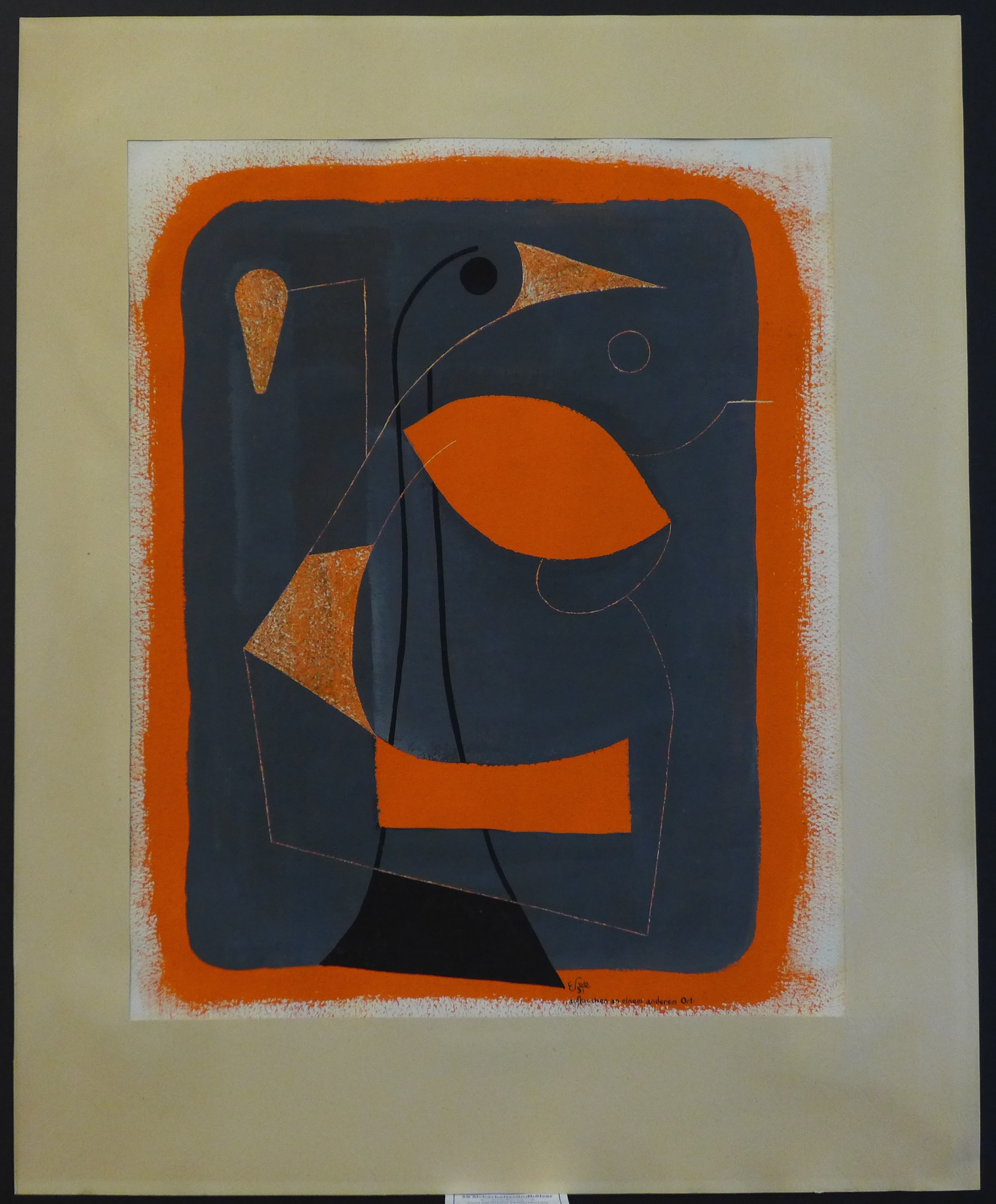 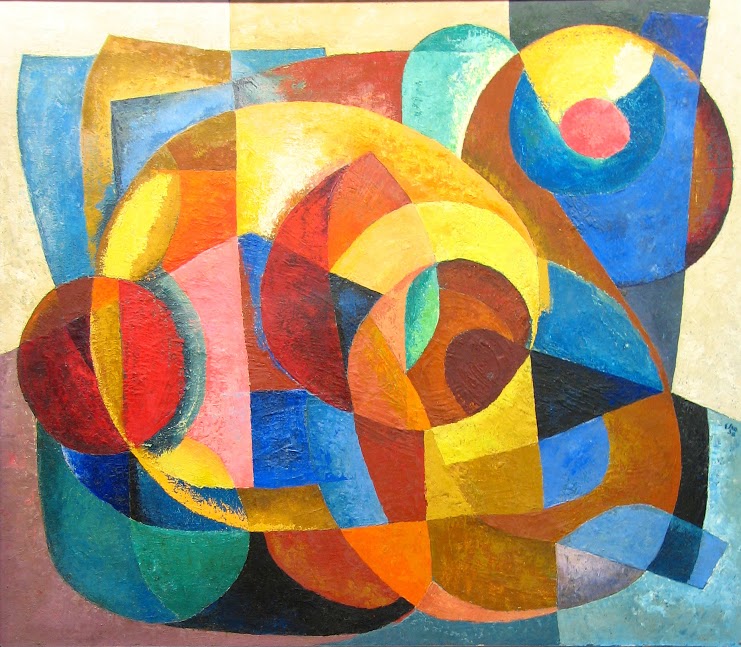 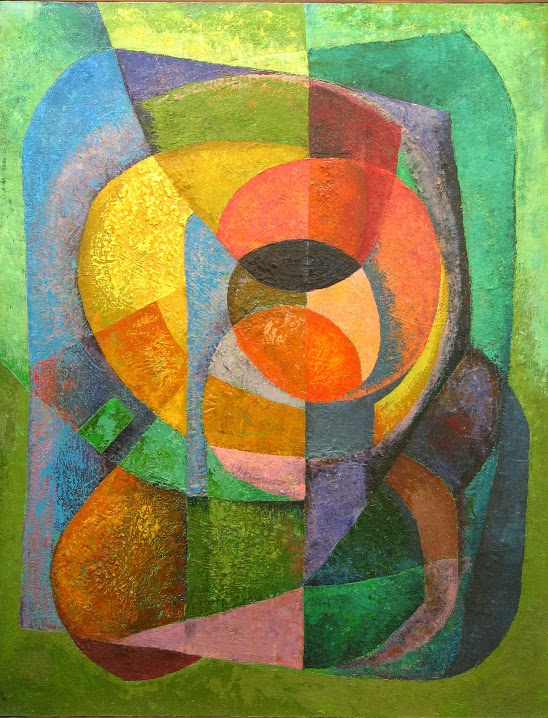 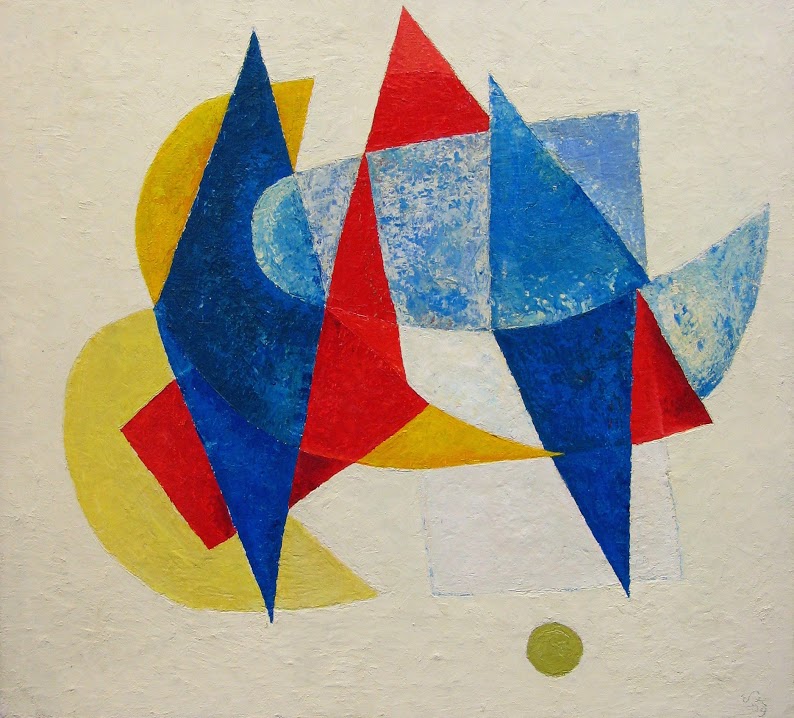 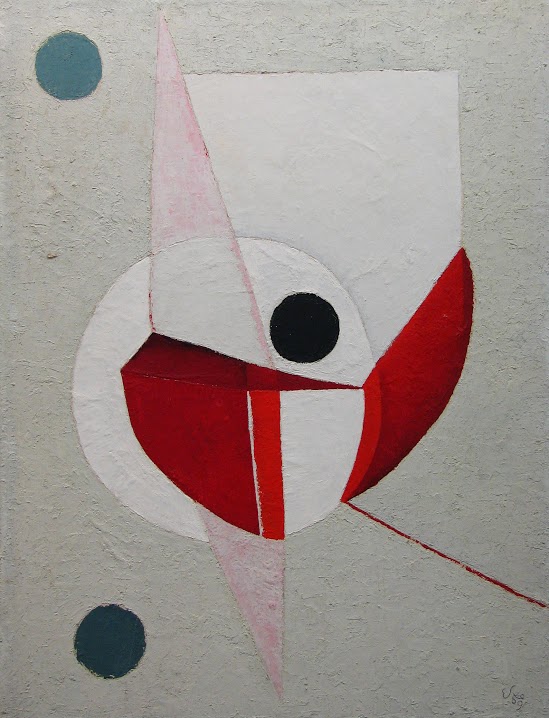 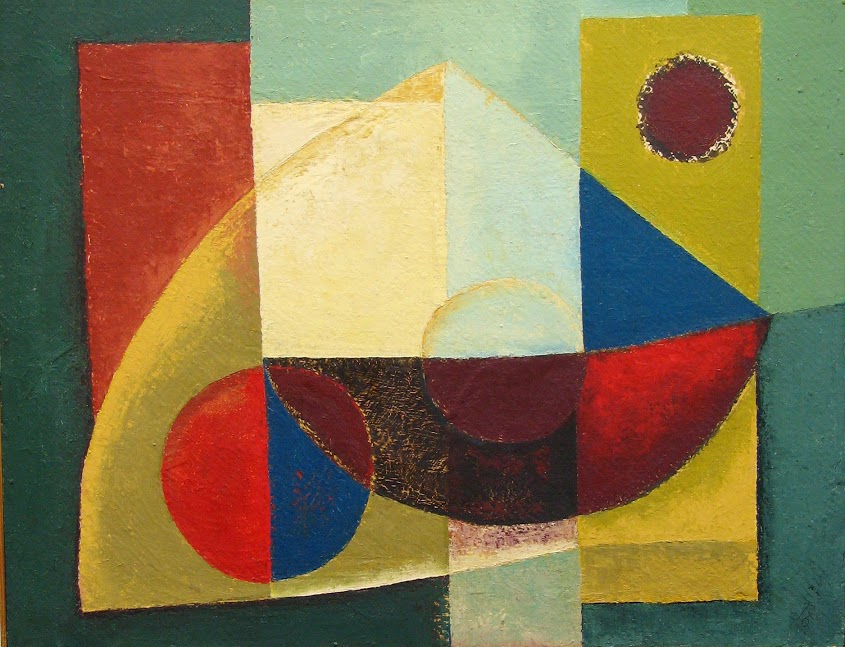 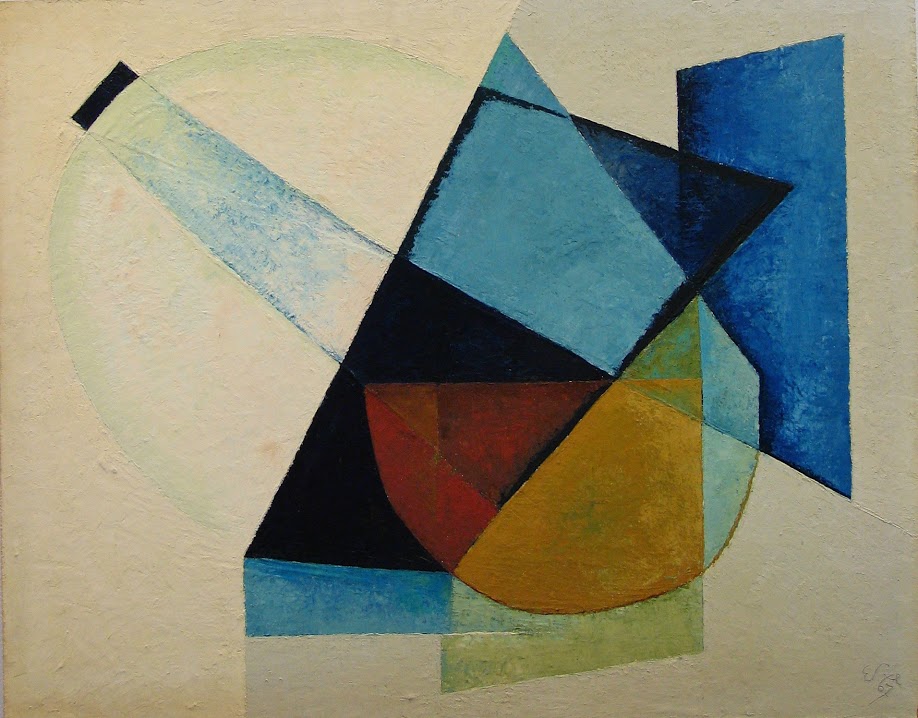 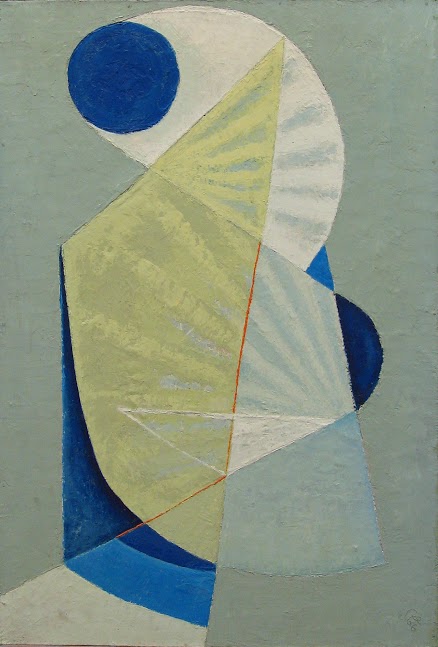 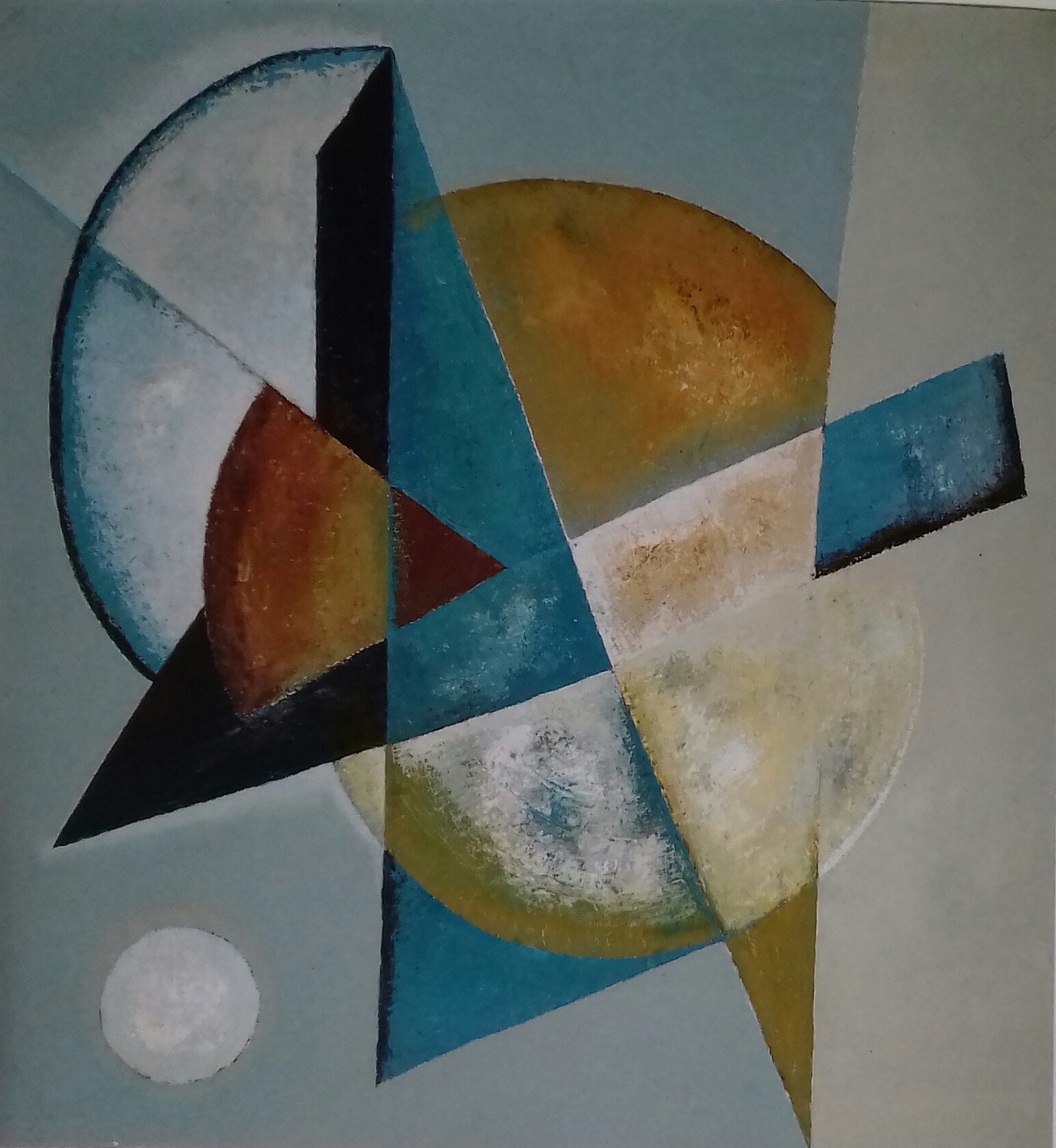 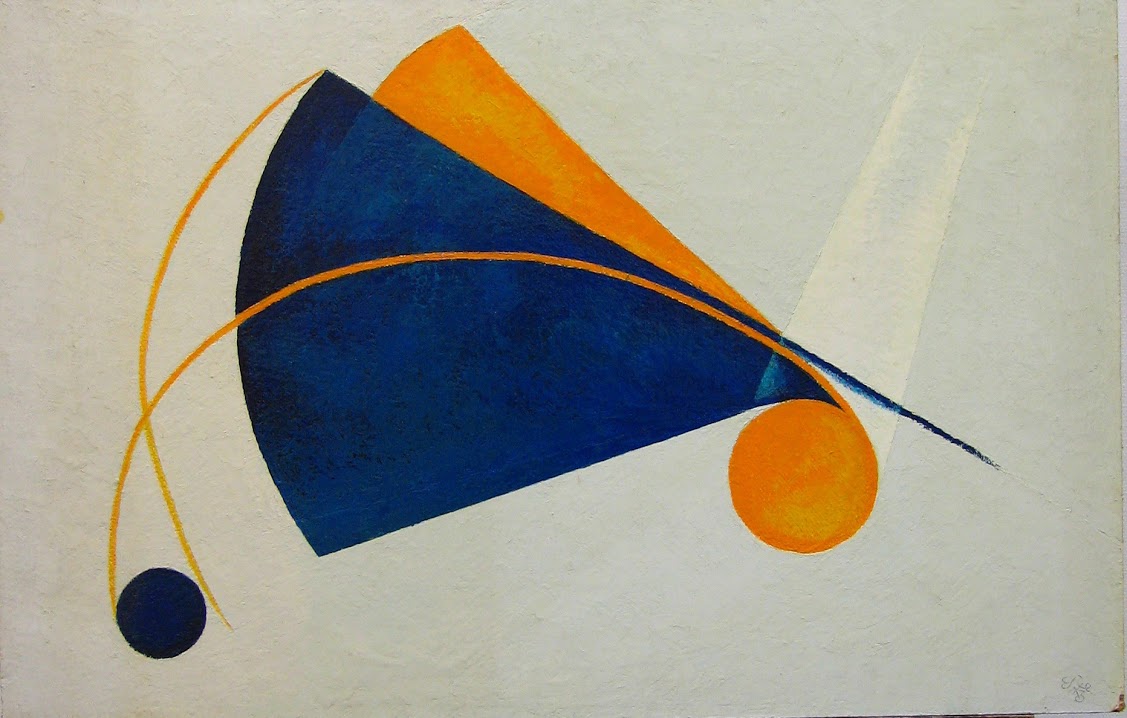 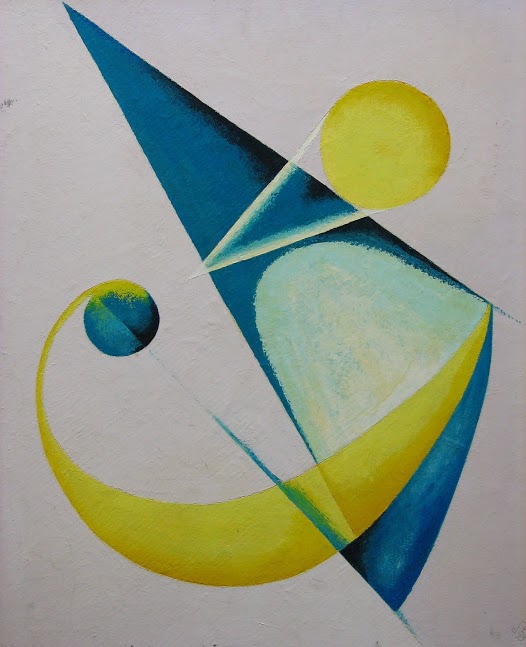 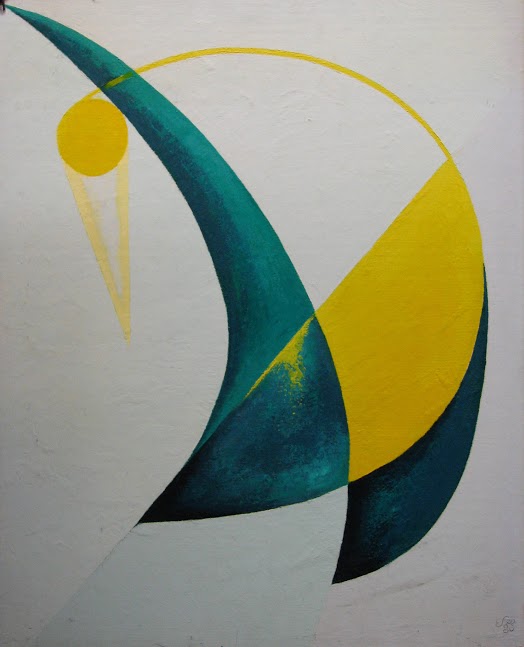 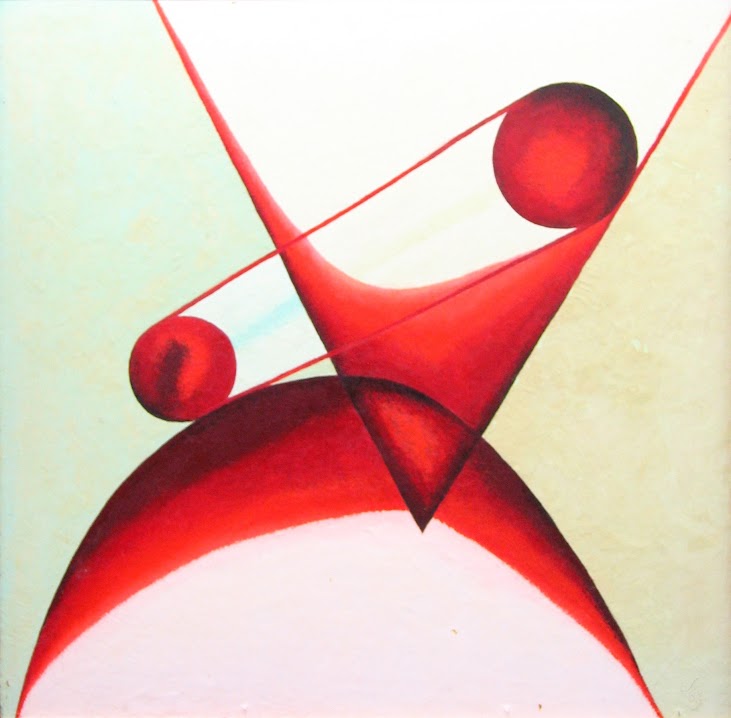 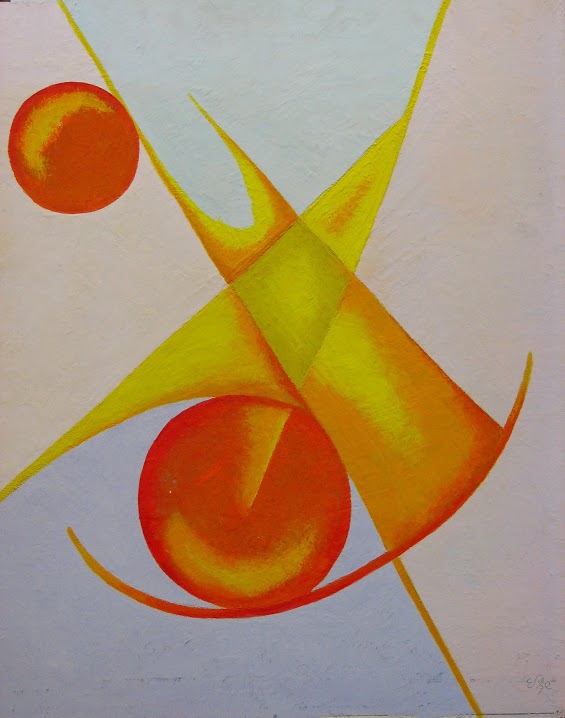 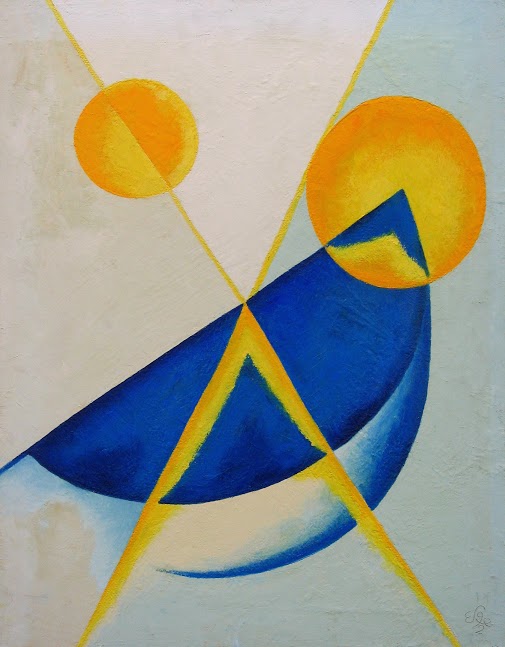 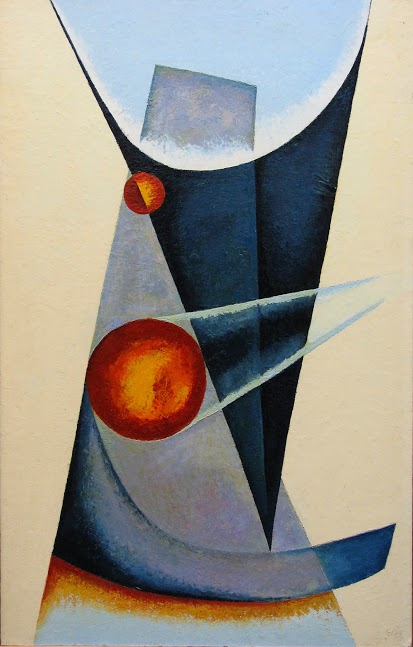 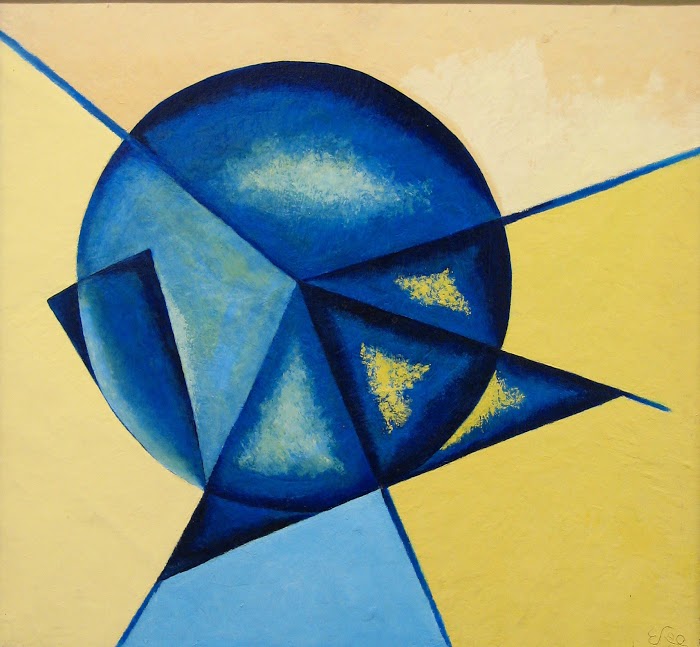 Eberhard Steneberg (1914–1996) was a remarkable postwar artist, who served as a bridge between the first and second generation of modernists. Steneberg created a unique oeuvre of paintings and revived Russian modernism in various capacities.

Steneberg grew up in the Bauhaus city of Weimar, where he first came in touch with this new movement in the arts & crafts, and, the power of colour. When he could not breath any longer, in 1933, Steneberg left in search of art education and jobs. The second world war crossed his plan to become an artist. He served as a Vermessungszeichner, returning to his town of birth at the end.

In 1947 he fled to the West, eagerly absorbed developments in the modern art scene, visiting many shows, and finally settled down as an independant modern artist and author in Frankfurt am Main in 1951. He lead the Galerie an der Dom until 1970 and worked as a restorer of paintings at the Frankfurter Kunstkabinett in addition. Its owner, the well-known Maecenas Hanna Bekker vom Rath, purchased some of his paintings.

In 1959, in the middle of the Cold War, Steneberg drew attention to the neglected artists of the Russian avant-garde at both sides of the coin. In the Carmelite monastery in Frankfurt am Main, Steneberg curated the exhibition "Beitrag der Russen zu modernen Kunst", the first group exhibition of Russian Avant-gardists since 1922/23.

The artist moved in the leading artists’ circles of the 20th century. His friends included Bauhäusler, French, German and Russian avant-gardists. They estimated his observations and his efforts to correct the history of modern art, as well as his art, very much so.

In 1950 Steneberg began to paint abstract. His paintings were mostly produced in spontaneous sessions and should - according to the artist 's own statement - be a political statement, and also a statement of joy. They can be called Konstellations of colours, forms and lines and communicate a sense of freedom.